How I Ended Up Running a White Box Sandbox

It wasn't really intentional but a break in my availability to run games meant all my previous campaigns have gone off the boil. Players drifted away, found newer more reliable games to play in and I was at a bit of a loose end gaming wise.

Then a couple of weeks ago I just doodled this map in my notebook, it's not a good map, not even by my meagre standards. It's a valley with a town, some villages, mountains, a river, forests and a few adventure locations drawn on it. Pretty simple stuff. The mountains were probably home to barbarian tribes, the woods infested by beast headed humanoids,  and/or mutant humans. I always like the idea that the wilderness is fantastic and magical place. If you go for a walk in the woods or the mountains, you might take a strange path that leads to another realm or pocket dimension. The way the back of the wardrobe leads to Narnia.

If I was going to use this as a setting I thought it would be ideal for a bit of S&W White box. My players would be ok with that but the lack of class options for them would be a stumbling block as they're used to S&W Complete and also race as class would be weird for them. I suck at creating character classes but based on the Quixotic Knight he posted on his blog, I picked up +James Spahn's White Box Companion 1&2 and that's classes taken care of.

I fleshed out the adventure locations a bit. Drew up some quick encounter tables. They still need more work but they were fine to start with.

The players rolled up a barbarian, an elf, a thief and a cleric. They set off intending to explore the abandoned mine in the mountains to the south west. 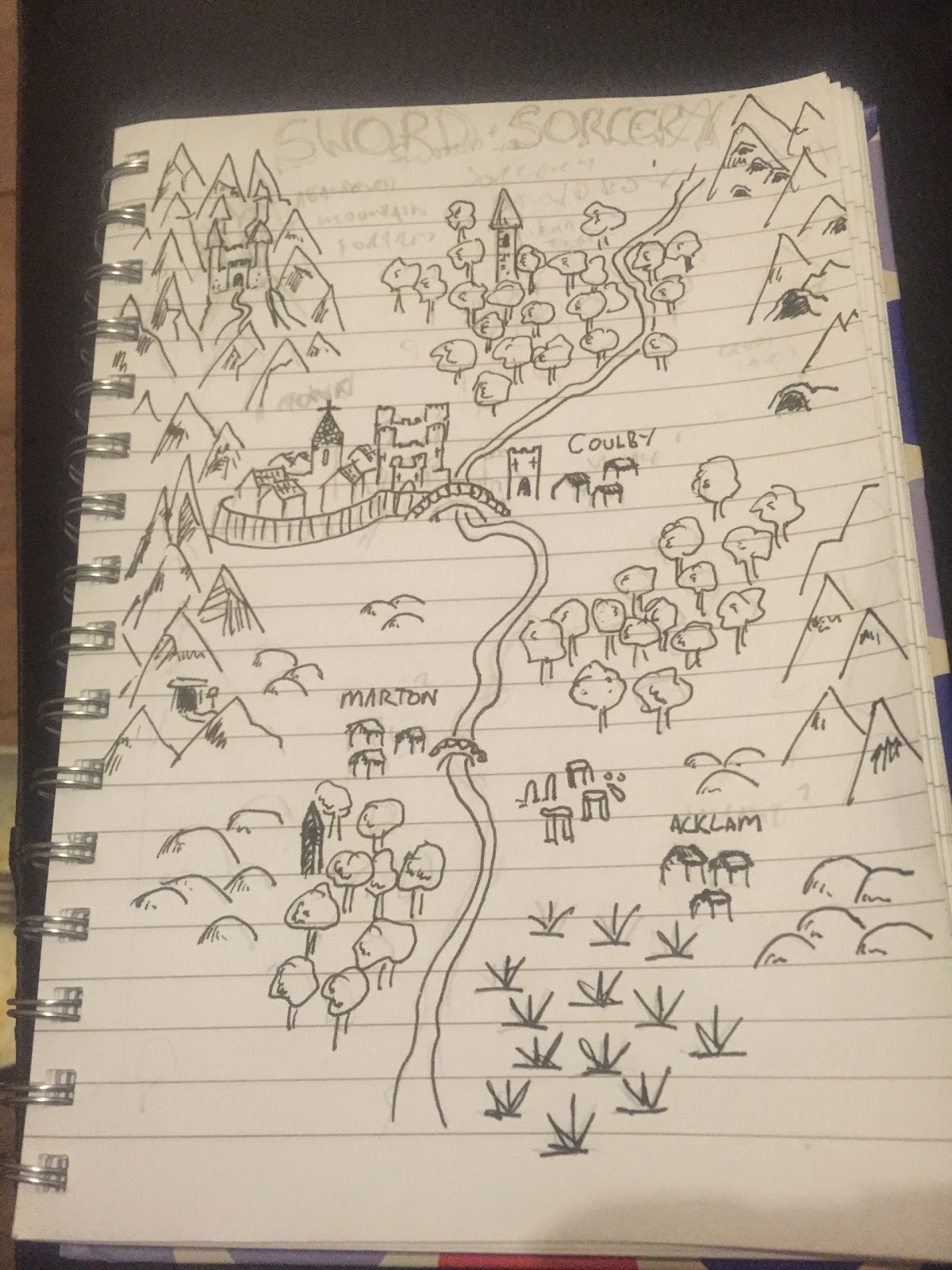