During the lockdown I have gamed extensively, four times a week. Week in, week out. This has seen me actually use my Dungeon Crawl Classics rulebook for something other than a convenient perch for iPad. Also doing some real, actual playing as a player in other people’s games rather than just being the GM/referee all of the time.

I’ve been running Anomalous Subsurface Environment, the old school megadungeon written for Labyrinth Lord (although we’ve been using Lamentations of the Flame Princess rules because I have them in hard copy and they are easier to reference in that form.) This is my first and, probably only, attempt at running a megadungeon. It’s pretty great overall. The science-fantasy setting includes all sorts of weirdness, which might put off some more pure-fantasy mixed folks but I say give me a world ruled by despotic wizards and filled with cyborgs, dinosaurs and rejects from the sci-fi pop culture of yesteryear. It’s not that serious a game, just good fun. 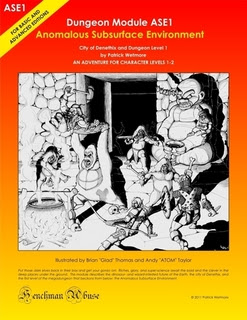 I’ve been playing, and also trying my hand at running DCC. I played through The Chained Coffin scenario with one group (and also a nice home-brewed pulp 1940s adventure). With another group we ran through Hole in the Sky, Well of the Worm and are hex crawling the Treasure Vaults of Zababad. DCC has been a bit of a revelation to me, I’ve enjoyed it thoroughly and even drafted and run my own funnel; Crashed Black Ziggurat From Outer Space. This has led to sort of running a Crawljammer style game where I also ran Cry Freedom and Let Slip the Batmen of Venus from the Crawljammer zine #1. Thanks are due to Jürgen and Alex for introducing me to this excellent game. 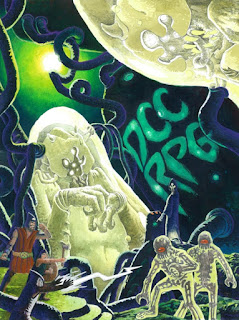 Meanwhile my Dragon Warriors campaign has continued at an increased pace due to lack of social complications. This has seen the PCs leave the uncomfortable confines of Ellesland to pursue adventures in Ferromaine, briefly Molasaria and currently the Principalities of the Crusades. Much has been accomplished in this time but death has been a constant companion and only one character survives from the original four that set off to find funds to repair a church roof back in 2016. Interest in Dragon Warriors seems to be at a high point with an active discord server and more online games being played, plus the new zine Casket of Fays and the prospect of a new rule set designed specifically for Legend by Dave Morris in the works in the form of the Jewelspider RPG. Good times. 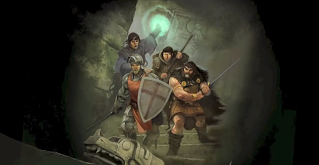 And last but by no means least I’m currently exploring Castle Drachenfels in WFRP 1st edition as a player. I finally ran WFRP in 2019 but what was meant to be a short campaign seemed cursed with many cancelled sessions and took nearly a whole year to work through even if we didn’t play that often. Castle Drachenfels is a contrast in that it’s high level stuff (or third career stuff in WFRP parlance) the other characters having already played through the entire Enemy Within campaign. Other people keep commenting to me that Castle Drachenfels is not that great an adventure but we’re having a great time with it, so cheers to Tom for running it. 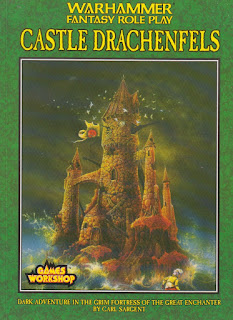